In The Beginning: All throughout my early teens I suffered from social anxiety. Going out and doing normal, everyday things such as going to the shopping centre or travelling on a busy train felt like a huge stress. I remember being around large groups of people feeling really nervous and anxious and just wanting to run away and be alone. This was not something that I could just ignore it really affected me my entire life. 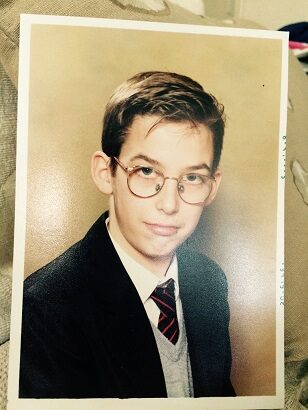 At School I Was Terrible With Girls: I remember having an interest in girls from as young as aged 9 at primary school, but feeling really confused about how to express that interest. This persisted all the way up to age 16, which for me was so frustrating being in a school full of beautiful girls, and of course tons of confident guys that the girls would tend to go for and no girls showing an interest in me. I was also victim to large amounts of bullying during my school years due to being a really nervous, socially awkward kid who would never fight back. In time I did decide enough was enough and began defending myself. This resulted in me getting in trouble with teachers and my parents, but in all honesty it gained me some respect amongst my social peers.

College Wasn’t Any Better: I then left school at almost aged 17 to move onto college. I remember college being even more difficult as my anxiety had actually gotten worse. I hated the feeling of my heart racing like crazy, my stomach feeling like it was turning in and out and my hands sweating along with shaking all over. I can laugh about now, but back then it was horrible. I had no idea if it could be controlled and presumed this would be with me for the rest of my entire life.

Then I Reached Breaking Point: The turning point for me had finally come at aged 19 when I was in trouble with the police. At this point my parents were now seriously worried about me. It upset me to see them unable to know how to help,. I decided that enough was enough and I would do what I could to handle my chronic social anxiety. I had all this energy and determination that had to be put to positive use.

Bruce Lee Helped Me: I was a massive Bruce Lee fan and decided to get every one of his books and DVD’s that I could get my hands on. I think like most young guys at the time looking for inspiration, Bruce Lee fit the bill. Strong, athletic, muscular and charismatic. A man who could kick-ass and of course the ladies would love him for it. Bruce lee was my motivation to strike back at life, which pushed me to work towards a well-defined physique and an aspiration to become a boxer. A man who was confident and didn’t take crap from anyone and of course a man who women desired.

I Then Met My Dating Mentor: Now aged 22, single with no girlfriend, a good body but only slightly more confident, I still couldn’t even approach a girl and talk to her. I started to ask myself would I ever get a girlfriend? Would I ever be able to talk to women? A moment of true clarity came when I was down the gym and I saw this young, muscular black guy interacting with everyone. He got on well with the guys but more importantly the women, all enjoying his presence as he made others feel good. I mustered up the courage to speak to him and in no time at all we became the closest of friends. He of course is my best friend Floyd (the Natural). 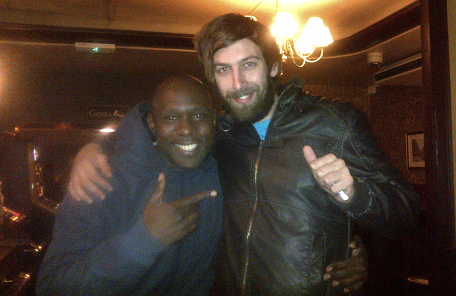 I Saw What Was Then Possible: Hanging out with Floyd was the first time I had ever seen a guy get a phone number from a girl from the street. This totally blew my mind as I was always set on the idea that you could only meet girls through your social circle of friends. As time went on, Floyd really brought me out of my shell and I slowly became comfortable talking to women. He recognised early on that I had potential to get good in this area. It wasn’t long before I ended up getting my first girlfriend from the street. A stunning young English school teacher that made me happy for a time, but sadly ended up dumping me a few months later and set me right back to zero.

My First Break-Up: I was now really upset and frustrated that a woman could hurt my feelings and now in doubt I thought I could never find another girlfriend again. Floyd put me at ease and explained in his own way that when you meet women, “you win some, you lose some, but you just have to keep going”. 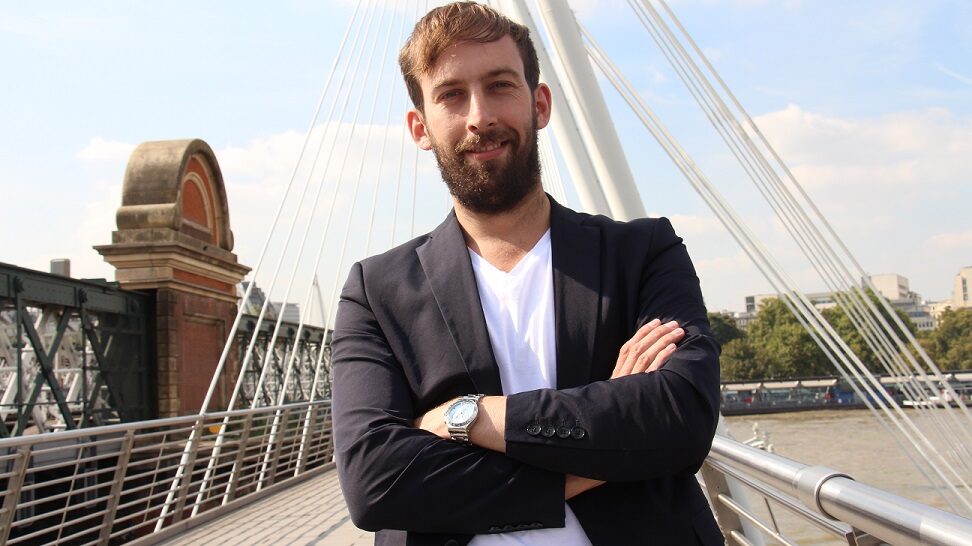 Then I Found Pickup & Game: Years later, not quite sure when, I was eventually introduced to all the dating, pickup artist books and gurus. The concept of using lines and routines was fascinating to me, but within a year of using these I truly felt I wasn’t being myself. Although I did get some results when meeting women in clubs, I felt I was moving backwards rather than forwards. What came natural to me after learning from Floyd, that you should always be honest and direct with your intentions, suddenly felt challenging. I was no longer freely expressing myself.

Being A Pick Up Artist Wasn’t For Me: I could feel my anxiety greatly returning as the pressure mounted on ‘approaches’ needing to be ‘perfectly executed’, otherwise you ‘failed’ as a pickup artist. This was where I had to draw the line. I decided that I would no longer hit the nightclubs and would drop all the pickup lines and routines. It was time to return to the streets to find a girlfriend and just work on being myself and allow my conversations to freely flow in whatever direction they would naturally go.

The Realisation I Had To Be Different: This was the life changing turning point having spent from aged 22 till now aged 31, approaching, attracting and dating women from the street. It had transformed me as a Man. This didn’t only transform my dating life, having now gained a considerable amount of experience, reference, long term relationships and fun times with women. My social anxiety was now nonexistent and all other areas of my life was great, but I wanted to take it all to a higher level.

Sharing My Vision On Youtube: YouTube for me has been an amazing experience as I never expected it to grow to what it is now. It started in the beginning with me going out on the streets of London, filming my interactions for fun as well as through the process of filming, monitoring all the mistakes I was making and fine-tuning them for better results. My channel started growing slowly and caused stirrings within the London dating world as many believed that being ‘a natural’ was not the way to go. Ignoring this, I stayed strong and continued to push my beliefs which eventually led to inspiring a large platform of guys to take action. 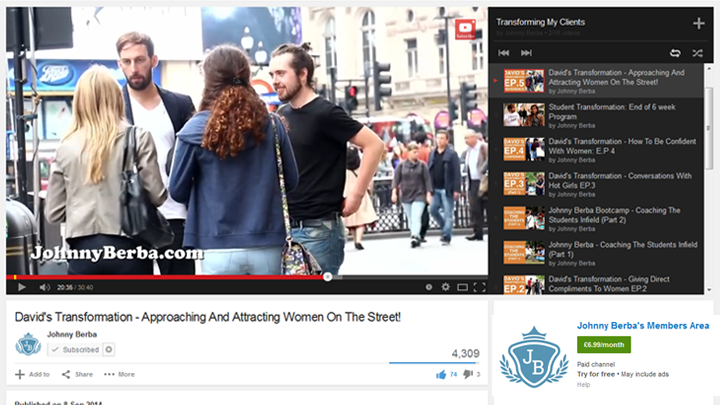 The Turning Point In My Life: Men started talking to women using the natural philosophy of being direct, honest and showing vulnerability. By this point, guys began to ask me if I could coach them in the way of the natural.

So I Decided To Share My Knowledge: In the beginning I started coaching others for free, but as I honed my skills and began to give more and more value to every client I worked with, I charged more till coaching became my full time job. I am so passionate about the change work I do and its incredible to see the changes in every guy I work with. Whether they struggled to make friends in life, tell a woman they were attracted to her or even have the confidence to ask their bosses for a raise etc, I worked specifically on social anxiety and building core confidence which spills into all areas of a person’s life. This led me to earn a reputation in London and more importantly, on YouTube, for being the expert on handling anxiety and building confidence through ‘state’.

Becoming A Full-Time Coach: Coaching for me has been the most exciting part of my life. Being able to change lives on a weekly basis though my 6 week transformation program, weekend trainings and my continually growing free/ Members Area YouTube channels with over 14,500 subscribers is what gets me out of bed every single day. Coming from a really bad place socially and helping other men never go through as much pain as I did growing up is what drives me to keep doing what I’m doing and continue to make a difference to men’s lives in whatever way I can.